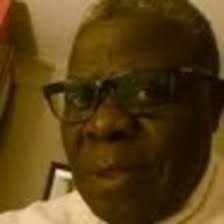 Sadikou Ayo Alao is a Beninese barrister, founder and president of the Panafrican NGO GERDDES-Afrique (Research group on Democracy, and Social-Economic Development in Africa) promoting democracy and Good Governance in Africa. After graduating in Private law at the Universities of Bordeaux and Nice in France, Sadkou Ayo worked as lecturer in civil and corporate law at the National University of Benin and at the International Development Law Institute of Rome (development financement law). He then worked as Deputy general counsel of the African Development Bank before founding GERDDES Afrique in 1990. In 2001, he was candidate to presidential election in Benin. Currently, he is a member of the Benin Bar as well as the the International Criminal Tribunal for Rwanda and the International Criminal Bar.