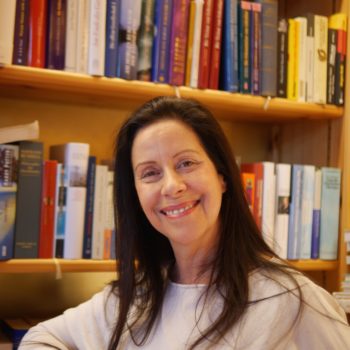 Dr. Maria do Rosário Almeida Ritter, born in 1957 in Lisbon, studied and obtained her doctorate in economics in Münster/Germany. After a ’Degree in High European Studies’ at the College of Europe in Bruges/Belgium, she was a consultant to the German Agency for Technical Cooperation for Portugal, and worked for the Commission of the European Union, and for the Portuguese Foreign Trade Institute in Lisbon. She taught at the Catholic University and at the ’Instituto Superior de Formação Bancária‘ (Superior Institute for Banking Formation) in Lisbon. She headed the Representation of Banco Espírito Santo in Frankfurt am Main and represented the bank at the European Banking Association. She headed the Press Office of the European Monetary Institute and at the European Central Bank. She was a member of the Supervisory Board of the power supply company Titisee Neustadt and Vice Chairman of the Supervisory Board of Elektrizitätswerke Schönau e.V..Since 2015 she is a Member of the Supervisory Board of GLS Bank in Bochum and representative of this bank in the ’Global Alliance for Banking on Values – GABV ‘. In 2019, she was invited to the Board of Trustees of the Mahle Foundation. In addition to her economic activities, she is involved in various environmental and social initiatives. In 2003 she received the German Solar Prize for her diverse ecological commitments.