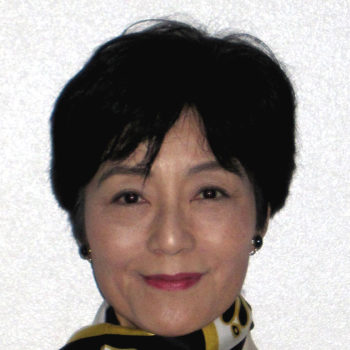 Reiko Kuroda is a professor at Chubu University, Japan and Professor Emeritus at The University of Tokyo. She is a scientist known for her seminal contributions to left and right asymmetry in chemistry, spectroscopy, crystallography, molecular and developmental biology notably identification (by CRISPR gene editing) of a single gene that determines snail shell coiling, studies of -amyloid related to Alzheimer’s disease, and unique crystal formation in the solid state. Her scientific achievements have been recognized through many prizes and awards. She was a L’Oréal UNESCO Women in Science Laureate (2013) and one of 175 past/current chemists featured by the Royal Society of Chemistry UK for its 175th anniversary. Reiko is a foreign member of the Royal Swedish Academy of Sciences and Fellow of TWAS (The World Academy of Sciences).

In parallel, she has been active on issues related to the environment, education, women in science and science communication both nationally and internationally. Her experience includes Scientific Advisory Board member to the UN Secretary General Ban Ki-Moon on global sustainability, Vice President of ICSU (International Council for Science), Steering Committee member of ICEF (Innovation for Cool Earth Forum) and Ambassador of WINDS (Women’s Initiative in Developing Stem Career).