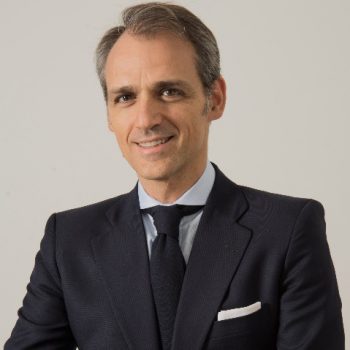 Isaac is a committed explorer of the regions where public concerns and private interest meet. He served as Economic-and Commercial Counsellor Head of the Embassy of Spain in Turkey (also responsible for Azerbaijan, Georgia and Iraq), as well as in Vietnam and Saudi Arabia (also responsible for Kuwait, Oman, Bahrain and Yemen). His exposure to a wide variety of sectors and hands-on worldwide experience in projects and negotiations involving businesspeople, officials and political leaders, has turned him into a strong believer in pursuing synergies based on mutually beneficial and sustainable solutions leading to virtuous circles of trust and raised awareness among stake-holders. He has worked comprehensively in Industrialisation and Business Climate initiatives and played a pivotal role in designing and implementing Spain’s overall Internationalisation Strategy as well as the National Innovation and Internationalisation Strategies for the Transport and Infrastructure Industry.

He has led successfully ambitious restructuring and reorientation corporate transformative endeavours in challenging circumstances and has repeatedly been requested to share his experience in revamping public policy support schemes for the private sector and promoting Public-Private Partnerships.

Visiting professor on International Business at the Royal Melbourne Institute of Technology and Instituto de Empresa-Business School Madrid he has conducted lectures and seminars at Georgetown University’s McCourt School of Public Policy, Mohammed V’s Law faculty in Rabat, and the Massachusetts Institute of Technology among many other institutions. He has partnered actively with multilateral institutions and think tanks such as The World Bank, Oxford Analytica or Real Instituto Elcano.