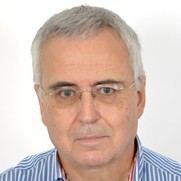 José Manuel Morán is Director of the Economic and Social Council of Spain since its inception in 1992, having been reappointed adviser for a sixth term, 2013-2017. His work focuses on the developments and applications of the Interactive Society, as well as, to the managerial modernization and the effects of technological and cultural change on the governance of companies and institutions.

José Manuel is also a member of the Scientific Committee of the Business and Humanism Institute of the University of Navarra; Chair of the Directive Function Commission of the Managers and Executives Spanish Confederation (CEDE); member of the Advisory Board of the Spanish infrastructure and transport company Abertis, as well as of the Editorial Board of “esglobal” and “Clarity” journal.