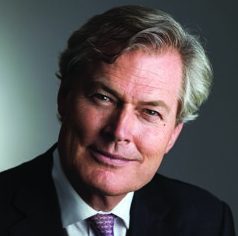 Dr. Gunter Pauli is an innovator who is committed to turn dreams to vision and reality. He created his first business (a trading company) in Tokyo in 1981, and created 11 more. Two failed. Under his leadership a small belgian company constructed in 1992 an ecological factory made out of wood with the large grass roof. When he learned his success relied on palm oil and that he created so much demand that governments destroyed the rainforest, he retired from all business.

Gunter created in 1994 the Zero Emissions Research and Initiatives in cooperation with the United Nations which promotes the philosophy “using what you have” and is the author of the book “The Blue Economy: A Report to the Club of Rome” which has been published in +30 languages. The +200 projects that have been implemented have all been translated into fables, published around the world but most prominently in China.

Gunter tweets @MyBlueEconomy, and blogs about the new economy that outperforms the globalized one here.