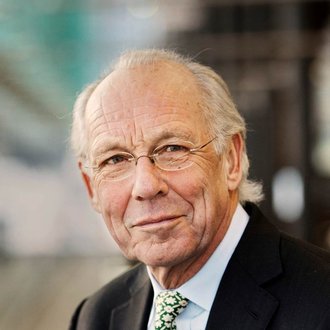 Prof. Jorgen Randers is professor emeritus of climate strategy at the BI Norwegian Business School, where he works on climate and energy issues, scenario analysis and system dynamics. He lectures and advises widely all over the world for corporate and non-corporate audiences.

Jorgen Randers has spent one third of his life in academia, one third in business and on third in the NGO world. He has been chair of three banks, and non-executive member of many corporate boards in Norway and deputy director general of WWF International. He sits on the sustainability council of Astra Zeneca in the UK and on the Executive Committee of the Club of Rome.

He has written a number of books and scientific papers. He co-authored The Limits to Growth in 1972 and its sequels in 1992 and 2004. In 2012 he published “2052 – A Global Forecast for the Next Forty Years”, which is now available in 8 languages in 150.000 copies. Reinventing Prosperity, Jorgen‘s latest book on how to solve the problems of unemployment, inequality and climate change, was written with Graeme Maxton and was published in 2016.