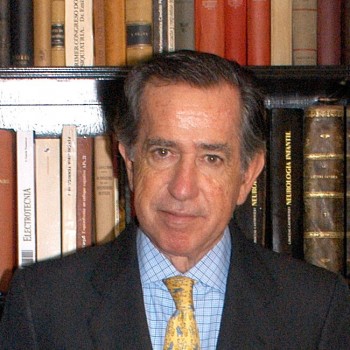 Enrique Rojas Montes is a professor of psychiatry and the director of the Spanish Psychiatric Institute in Madrid. He is the president of the Rojas-Estapé foundation, established in 2009, for study and treatment of personality disorders in subjects with little material resources. He is also a visiting professor at the University of New York and a professor associated with the Spanish Company Institute (IESE).

Enrique is the author of many best-selling books, notably Do not surrender. He is also a regular contributor to El ABC in Madrid, La Nación in Buenos Aires, El Mercurio de Sandiago de Chile, and Excélsior de México. His research and writing earned numerous awards namely the Medical Humanist of the year, the journalism Boehringer Ingelheim, and the Health Opinion award.

A father of five children, he is married to Isabel Estapé, the notary of Madrid and the first woman in Spain’s Royal Academy of Economic Sciences and Business.