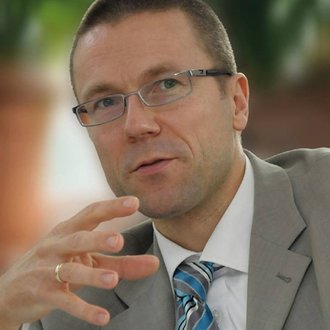 Prof. Uwe Schneidewind is President and Chief Research Executive of the Wuppertal Institute for Climate, Environment and Energy and member of the German Advisory Council on Global Change (WBGU). Before starting his academic career, Prof. Schneidewind worked as Strategic Consultant in Environmental Management at Roland Berger & Partner in Düsseldorf (1981-82). He then became a researcher at the Institute for Economy and the Environment (IWO-HSG) at the University of St. Gallen in Switzerland where he also wrote his PhD and habilitation thesis on strategic environmental management issues. After holding a full-time Professorship position for Production Management and the Environment at the University of Oldenburg (1998-2010), he became President of the University (2004-2008).