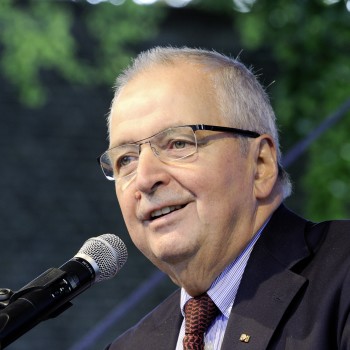 Prof. Klaus Töpfer is Vice President of the German World Hunger Organization and Senator of the Helmholtz Association for Earth and Environment.

Previously, he served as the Executive Director for both the Institute for Advanced Sustainability Studies in Potsdam (2006-2015) and for the UNEP in Nairobi (1998-2006). In the national political field, he held the positions of German Federal Minister for Regional Planning, Civil Engineering, and Urban Development (1994 to 1998), Federal Minister for the Environment, Nature Conservation, and Nuclear Safety (1987 to 1994) and member of the Bundestag (1990-1998).

Prof. Töpfer has received numerous honors and awards including the Order of Merit of the Federal Republic of Germany in 1990 and the German Sustainability Award in 2008.