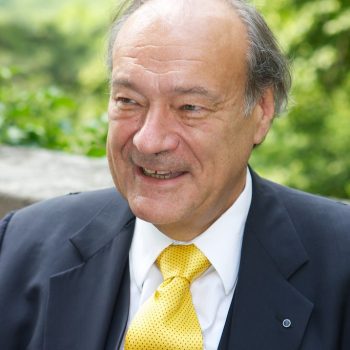 Mr. Felix Unger, Austria, President of the European Academy of Sciences and Arts, former Director of the University Clinic of Cardiac Surgery of the Paracelsus Medical University in Salzburg, Prof. Unger studied medicine at the University in Vienna, Austria, has been Associate Professor at the University of Innsbruck and has been Chairman for Cardiac Surgery at the Paracelsus Medical University Salzburg from 1985 – 2011. He was responsible to create a new centre for cardiac surgery in Salzburg. He implanted for the first time an artificial heart in Europe. Beside his manifold medical activities he was propelling the idea of interventional cardiology, a new upcoming domain covered by cardiac surgeons and cardiologists. He presented to the European Parliament and to the European Commission several reports, the last has been entitled “Health in the Regions”.

Prof. Unger is also member of several professional national and international societies for surgery, cardiac surgery and cardiology. He is Ambassador of the Austrian Red Cross. Beside this he is member of 13 Academies of Sciences, his scientific work has been honoured with 2 honorary professor degrees and 8 honorary doctor degrees. He is also decorated by the states of Austria, Germany and Slovakia with different high medals.