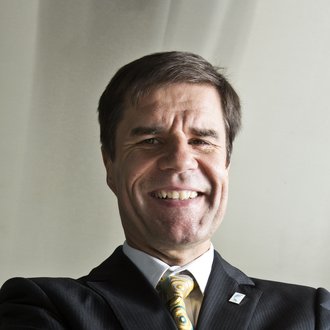 Dr. Mathis Wackernagel is co-creator of the Ecological Footprint and CEO of Global Footprint Network, an international sustainability think-tank. The think-tank advances an economy in which all can live well, within the means of one planet. It proposes the Ecological Footprint, which tracks how much nature we use and how much we have, as an accounting tool. Mathis has worked on sustainability on six continents. His awards include the 2015 IAIA Global Environment Award, the 2013 Prix Nature Swisscanto, the 2012 Blue Planet Prize, the 2012 Binding-Prize for Nature Conservation, the 2012 Kenneth E. Boulding Memorial Award of the International Society for Ecological Economics, the 2011 Zayed International Prize for the Environment, an honorary doctorate from the University of Berne in 2007, a 2007 Skoll Award for Social Entrepreneurship, and a 2006 WWF Award for Conservation Merit. From 2011 to 2014 Mathis was also a visiting professor at Cornell University.