The Limits to Social Cohesion 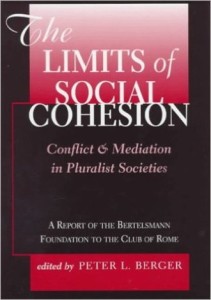 Normative conflicts center on fundamental disagreements over issues of public morality and the identity of a society. In thinking about normative conflicts on a global scale, two principal questions arise. First, are there common characteristics of such conflicts worldwide? Second, which institutions polarize such conflicts and which can serve to mediate them? This pathbreaking book, edited by renowned sociologist Peter Berger, examines both questions through findings gained from a study of normative conflicts in eleven societies located in different parts of the world and at different levels of economic development. On both points, the findings have proved surprising.

Although there are, of course, normative conflicts peculiar to individual societies, two features emerged as common to most of the societies examined: one concerns disputes over the place of religion in the state and in public life; the other is a clash of values between a cultural elite and the broad masses of the population. Often the two features coincide. For instance, in many countries the elite is the least religious group within the population, and therefore, resentments against the elite are often mobilized under religious banners.