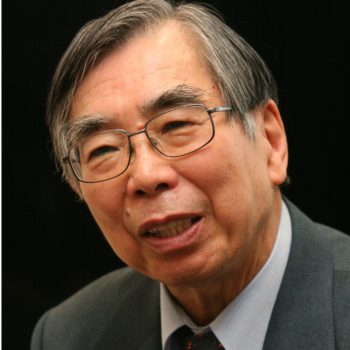 Professor Yoichi Kaya is President of Institute of Innovative Technology for the Earth, Japan and Professor Emeritus of the University of Tokyo.

He has been Professor of the Faculty of Engineering, the University of Tokyo until 1995 and Professor of Keio University for 1995-2000. He was a member of the Club of Rome between 1974 and 1992.

He is specialized in System engineering in the field of energy and environment, chaired Japan Institute of Electrical Engineering in 1994-1995 and Japan Society of Energy and Resources from 1995-1998. He was a member of IIASA Council between 1985 and 1995.